As you know, I'm a huge fan of the SiliconDust HDHomeRun. I own probably a dozen of them, I love how they work and whatnot, and SiliconDust is the sole sponsor of RabbitEars (if you don't count free hosting by SatelliteGuys as "sponsorship"). SiliconDust recently released a new model of their HDHomeRun product, the HDHR4-US. I ordered one right away and got it a few days ago.

It looks a lot like the HDHR3, so I don't need to include pictures, I don't think. The functionality is basically identical to the HDHR3, and the HDHR2 for that matter. The real difference in the two is the tuner chip. And I'm pleased to report that the HDHR4 has a significantly improved tuner as compared with the HDHR2. (The HDHR3 had the same tuner as the HDHR2, to the best of my knowledge.) It is very obvious to me which stations have multipath, as those are the ones that suddenly are much more stable, or show significant improvement. I've made a table at the link below.

A few weeks ago, Woot.com had the SiliconDust HDHomeRun available. I'd heard a lot of good things about it and finally decided to jump on it.

Unlike my other reviews, I'm not going to include pictures in this one, because they're really not needed. The device has exactly four connections to hook up (power, network, and two coax) and that's it. Easy as pie.

The software was just as simple, I had to download it, install it, and run it. The included software is extremely straightforward to use and easy to configure. On the Windows side, the setup utility automatically found my device and upgraded its firmware immediately upon launch. I was then able to input my zip code for use with the Lineup Server and quickly scan in my channels to submit to the site.

Here's what it says for my local stations from Roanoke/Lynchburg.

Once tuned to a given channel, you can then choose a subchannel and then you can view it. On Windows, "QuickTV" opens which has a channel list at the right and shows you the picture. Very nifty. On Linux, VLC opens and it instantly connects. I'm very pleased with both.

The device works well with TSReader, making it ideal for that purpose as well. When you open TSReader and choose the HDHomeRun, it lets you choose which tuner you want to access, and then enter a channel. I'm simply loving being able to have my laptop anywhere in the house and pull up TSReader locally. (I have it running in WINE.)

In the near future, SiliconDust plans to launch the HDHomeRun Prime, which will feature three tuners and support for CableCARD as well as tuning adapters. No support exists for any type of satellite.

This is one product I can definitely recommend, and I'm already considering buying more of them to leave places. It's such an amazing device.

If you want to find them for sale, here's where to look.

My old Channel Master 7777 amp recently found a new home on the roof of the W4UVA shack, located on a pole with an XG91 aimed squarely at Richmond. As such, I needed a new amp to carry around with me while traveling. I'd considered the Winegard amp that some people like, but wanted to try something different. 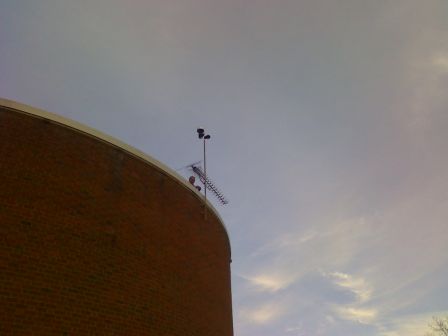 On AVS, I read about an amp made by a shop called Kitz Technologies in Wisconsin. It was the KT100VG, which was supposedly very well rated for its VHF performance. Looking at the specs, this amp had variable gain from 0-20 dB, but a noise figure of 1 dB or less. I sat on it for a long time, and finally made the decision to buy it. When I did, I noticed there was now a KT200, with a fixed 24 dB gain but an astonishing 0.4 dB noise figure. I couldn't say no to that, so I spent the extra money and got the KT200.

The first thing I noticed when I got it, was that I didn't know it had arrived. As I was living in UVA housing, I have a little PO Box to get my mail other than packages, for which I receive e-mail notices. I was waiting a really long time for a package notice, then one day decided to check my PO Box. Sure enough, it had fit in the PO Box. 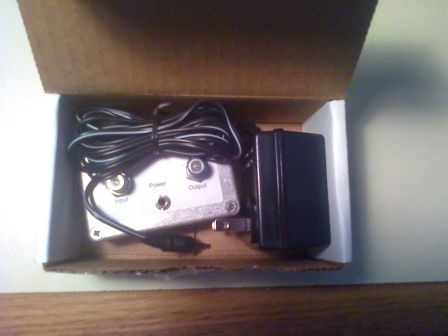 And indeed, it's tiny! Here are some pictures of the amp and power brick. 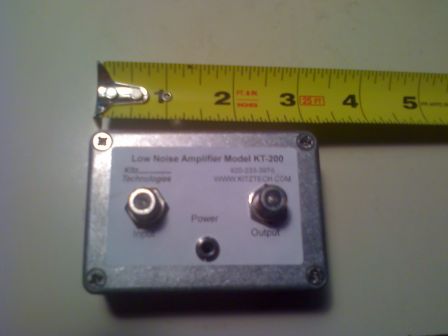 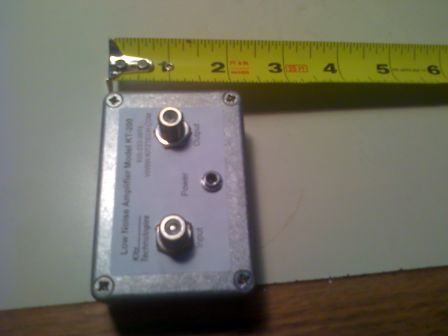 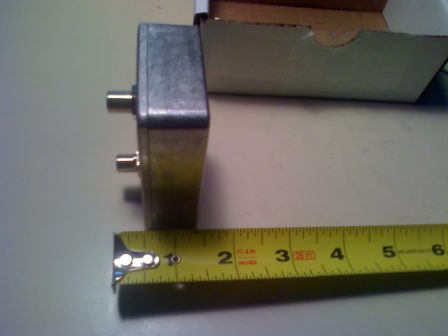 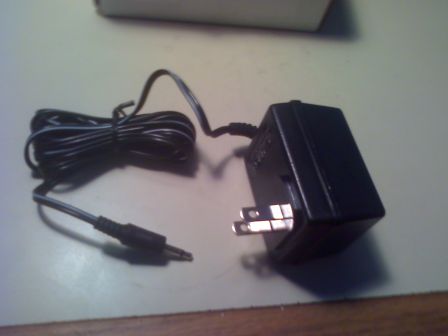 It's also extremely light. Opening it up, the soldering is very nicely done and it's obvious why it's so light. (Apologies for the blurriness of this picture.) 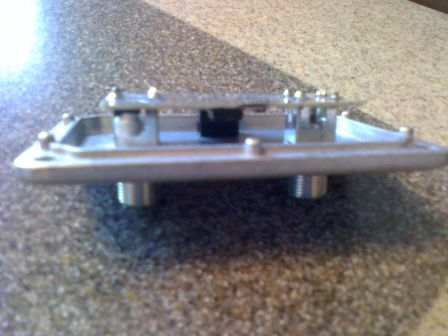 My first test was to try hooking it up in my UVA apartment and try to lock in WVPT-DT2 on channel 11. However, last time I tested it had been in the winter, and there were now leaves on the trees. My testing without the amp indicated that I had lost 6-8 dB of signal because of the leaves. As such, the channel 11 signal would no longer decode, even with the amp.

So, I instead decided to do a side-by-side test with the Radio Shack amp in the attic at home. It claims to provide 26 dB of gain, versus the 24 dB of the KitzTech, but with no statistics given on the noise figure. I've previously heard that the noise figure is around 2.5 to 3 dB for the Radio Shack, but I cannot confirm that. But the antenna system on the roof is a Winegard PR-8800 for UHF and a Winegard Y5-2-6 for VHF. WSET-13 is being received through the Y5-2-6 even though it is a low-VHF antenna.

What we can see here is that the actual raw signal power was all over--some signals got stronger, and others got weaker. The biggest improvement in raw power was WBRA which gained a full 4.1 dBmV. The biggest loss, confusingly to me, was WSLS which lost a whopping 8.3 dBmV. I'm not sure why that number is so large, as it seems rather out of place.

What's more important, and more consistent, is that the MER went up in almost every case except WDRL, where it fell below decoding. The noise floor is very high around WDRL and so I would guess the slight loss in received power caused it to fall below the noise floor. But as far as the rest, all of the stations showed increased MER. At the low end, WSET gained 0.2 dB, and at the high end, WFXR gained a full 1 dB. (My Sencore analyzer maxes out at 36 dB MER, so there's no way for me to know what impact it had on WSLS.)

I wish I had been able to test it against the CM7777. Maybe next year, if I get my amp back, I can do such a test. Also, if it wasn't so hot in my attic, I'd climb back up there and test it again, but with a third category for what the signals look like without either amp.

If you only need about 0.5 dB worth of improvement, then you probably need to focus on your antenna system more than a different amplifier. Is it worth the money to replace an existing amplifier? Probably not, but if you're in the market for a new one, I certainly don't see anything wrong with a small, light-weight, well-shielded, and well-functioning amplifier like the KT200.